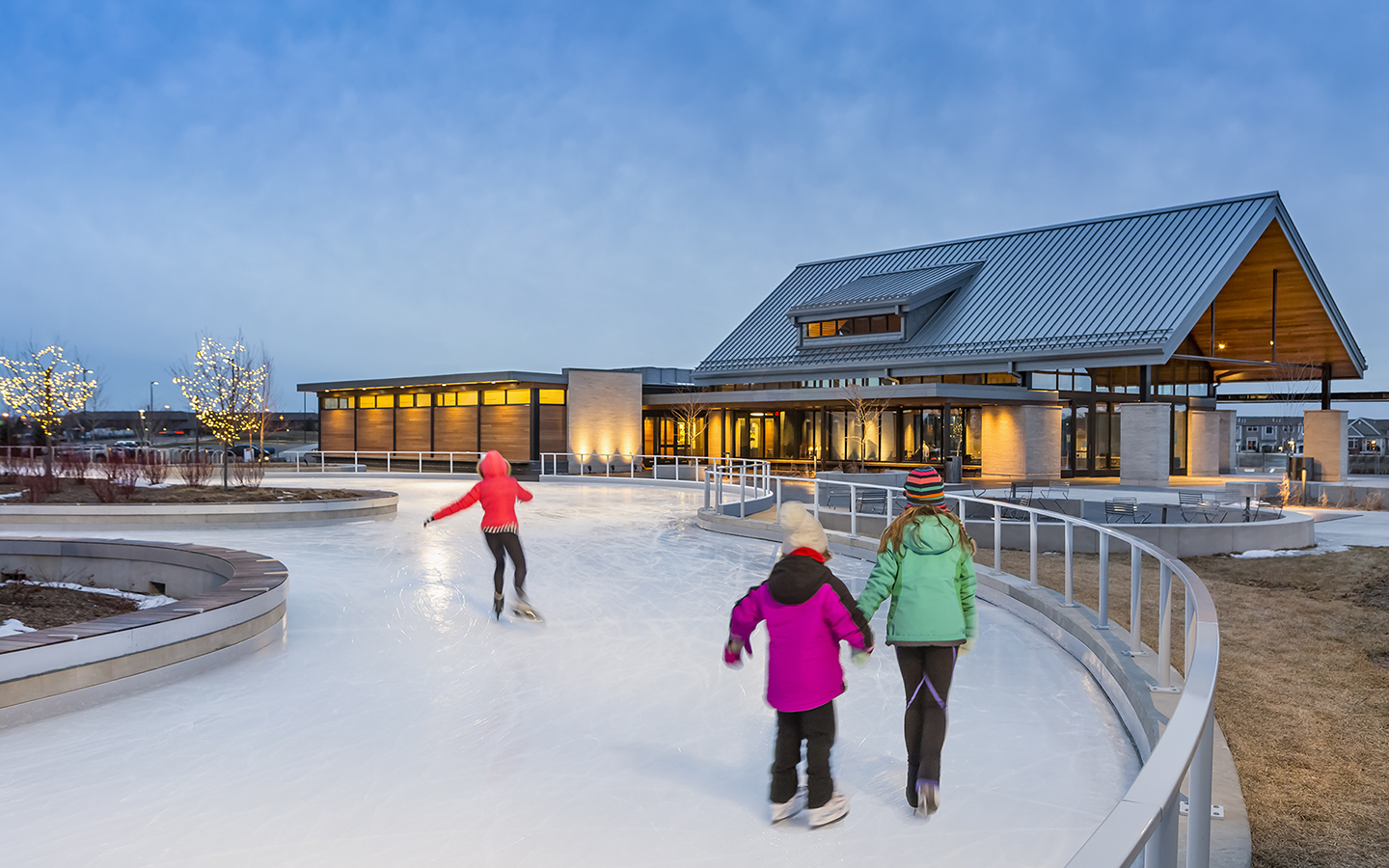 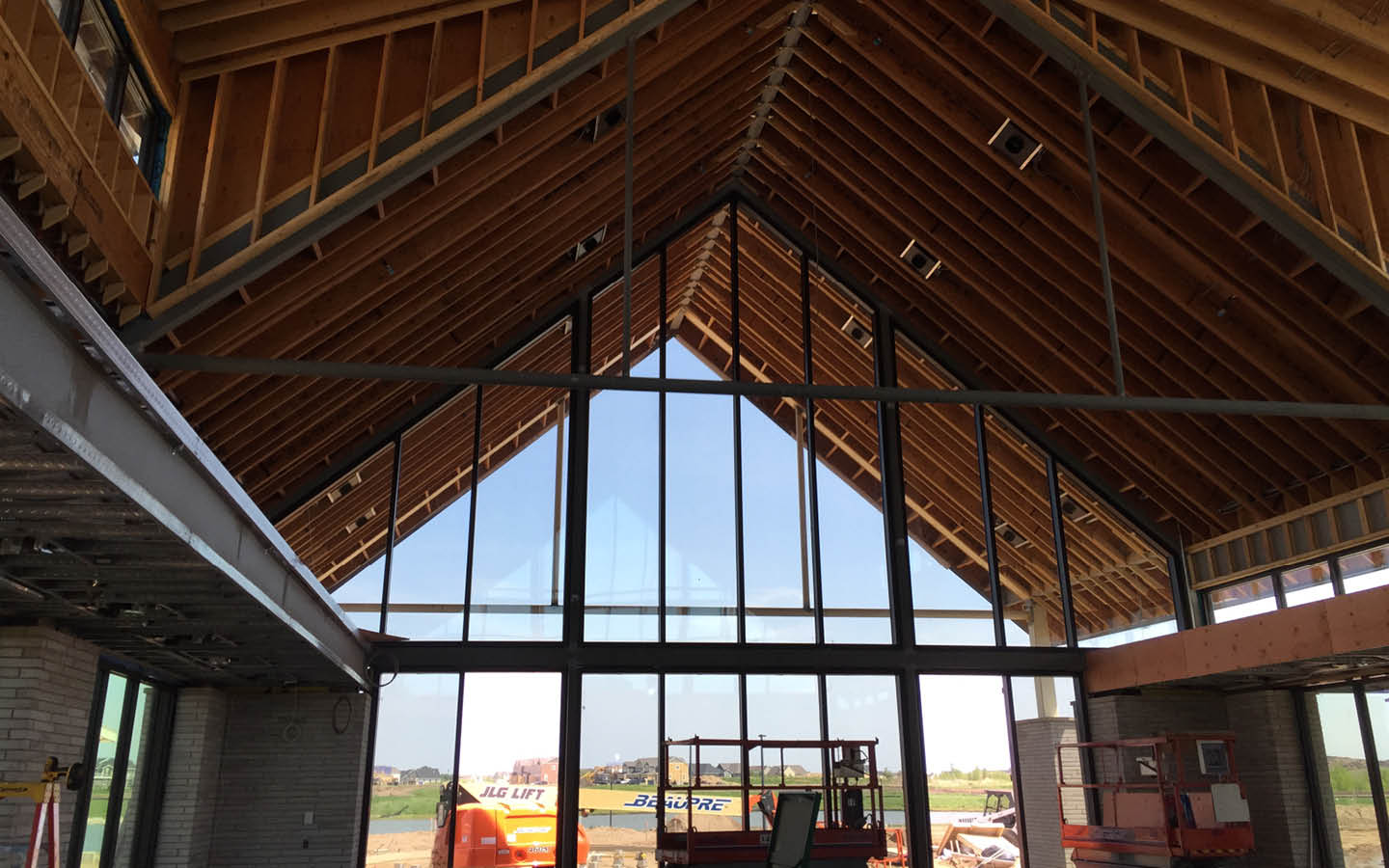 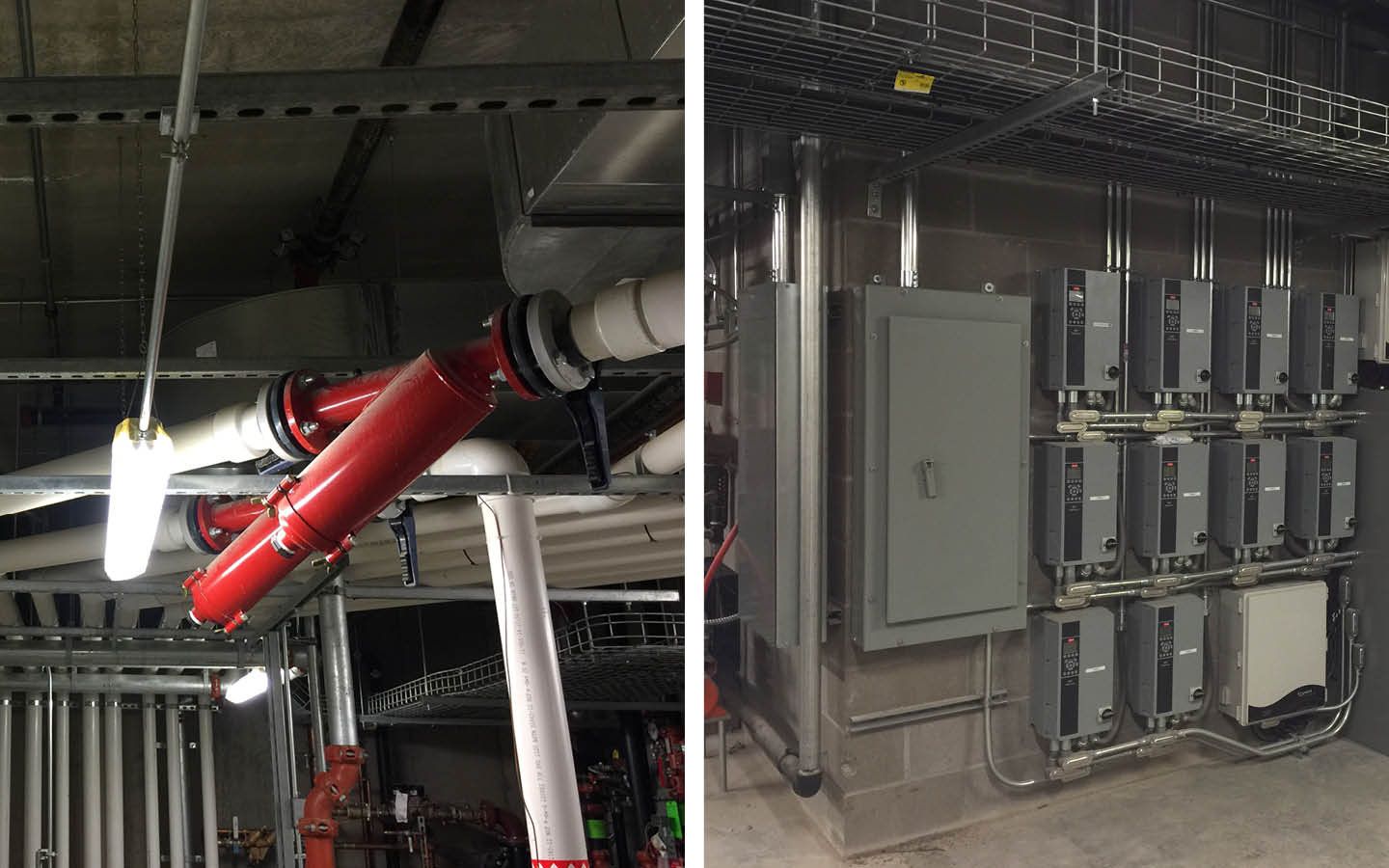 Central Park is a 21-acre community park in Maple Grove, Minnesota. The former gravel mining pit was transformed into a beautiful urban park comprised of a park building with restrooms, concessions and warming house during the skating season, an 810-foot ice skating loop with LED lights and music, an interactive splash pad with 67 sprays and LED lights that turns the area into a light show at dusk. The park also includes a playground, sport courts, garden and labyrinth, trail loop, maintenance building and storm pond.

Nelson-Rudie’s involvement included design services on the 10,000-square foot warming house and the refrigeration room for the ice skating loop. Our mechanical design team provided HVAC systems, design loads and cost estimation. The system included an air handler with instantaneous condensing boilers and variable air volume terminal fan powered boxes with electric re-heat. The electric boxes were to be used to maintain low set point temperatures during the longer unoccupied stretches typical of a park building. The plumbing consisted of a concessions area, public restrooms and pumping room for a splash pad.

The electrical design team provided power distribution for the entire park site, general and accent lighting throughout the park including photometric calculations and full power and systems design of the park pavilion. The park lighting highlighted the beautiful park features of the ice skating loop, interactive fountain, garden/labyrinth and trails. 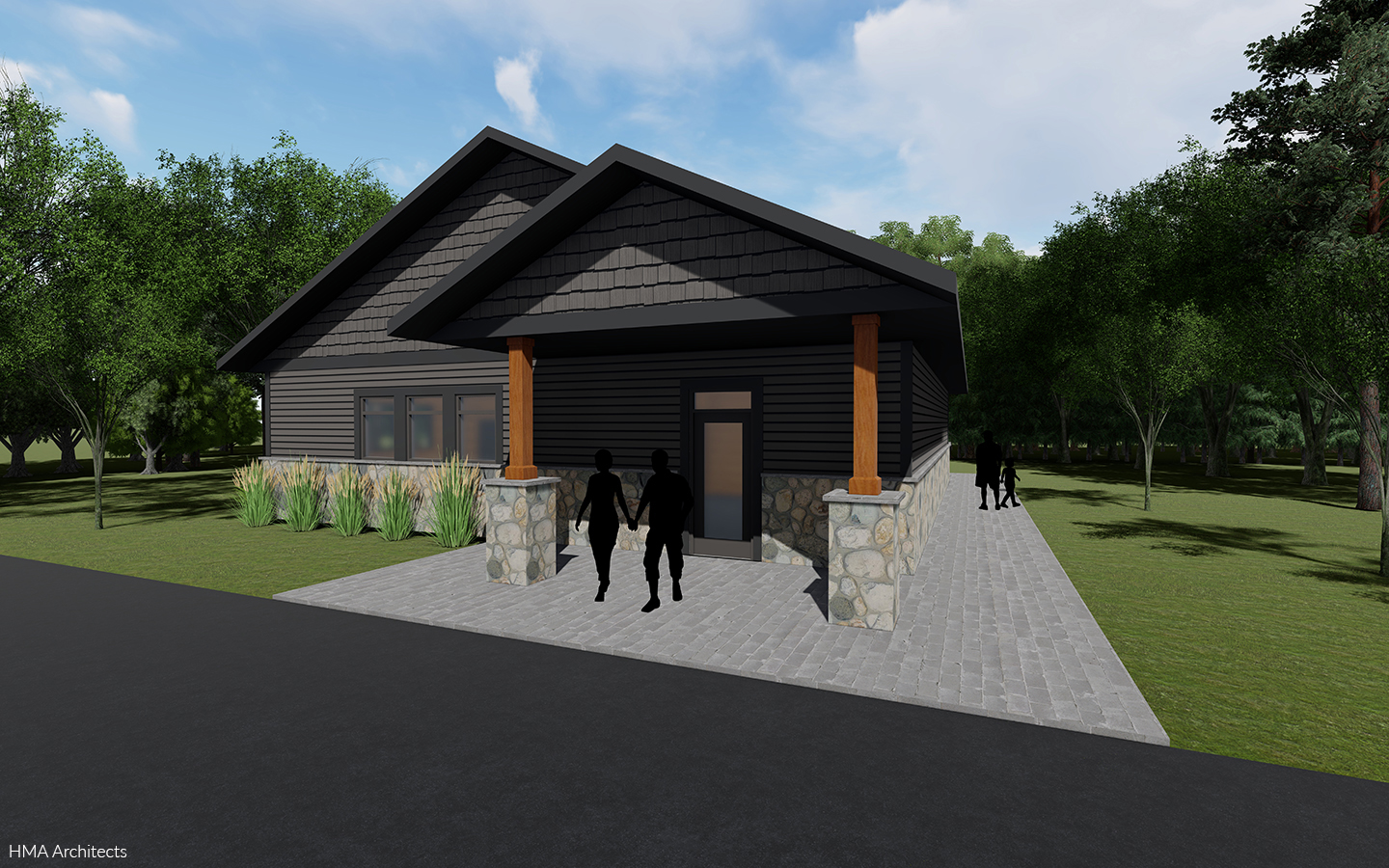 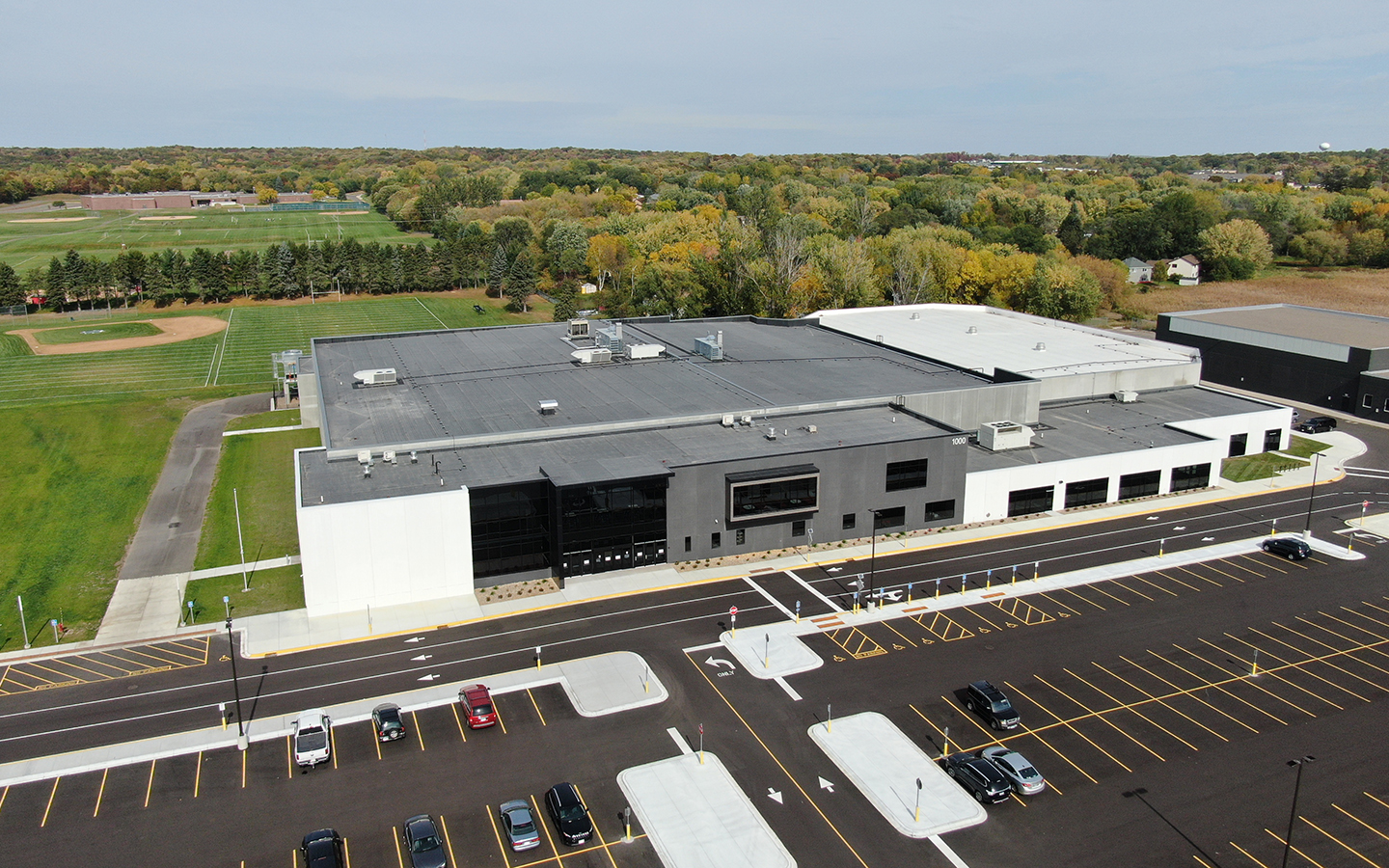 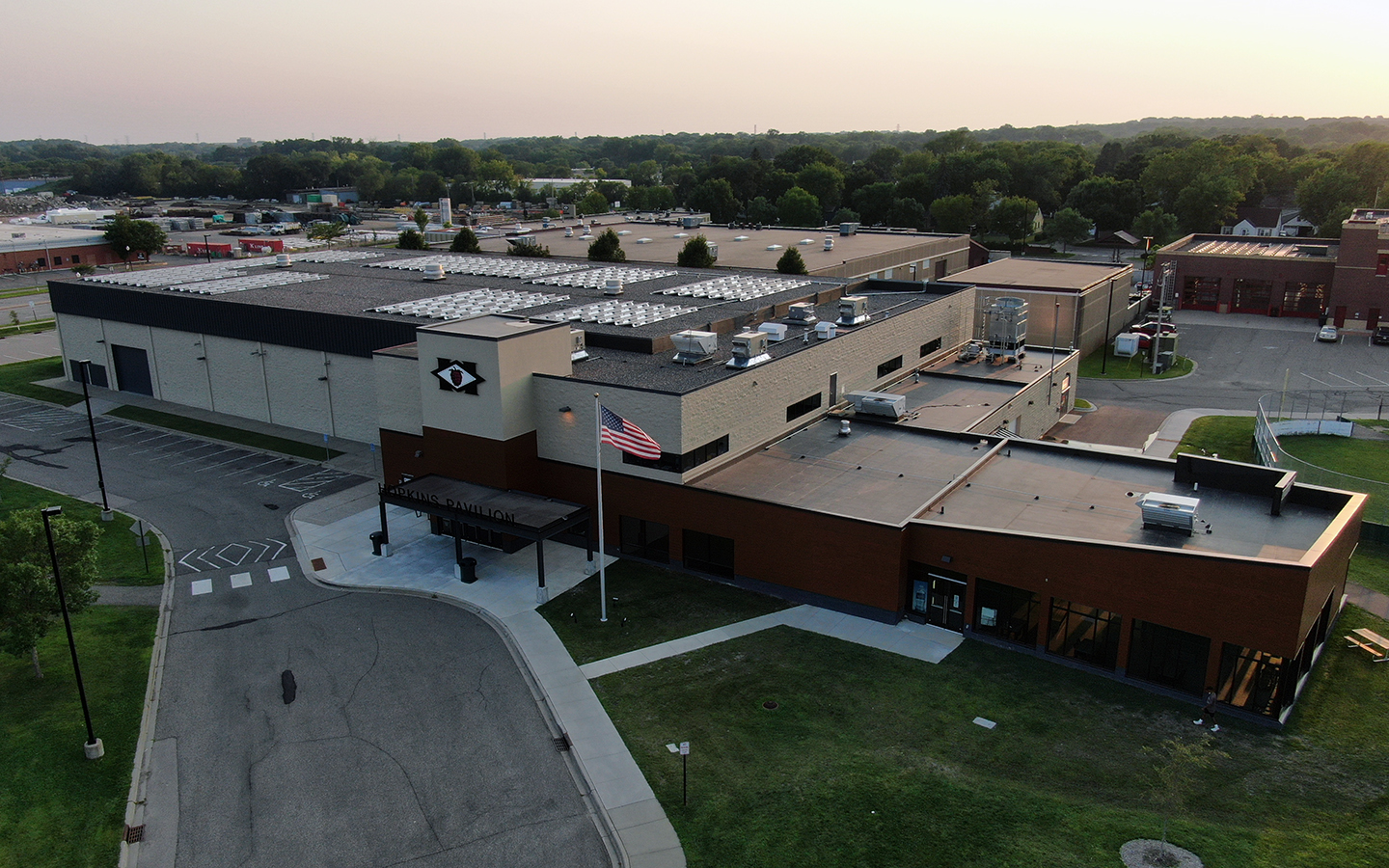 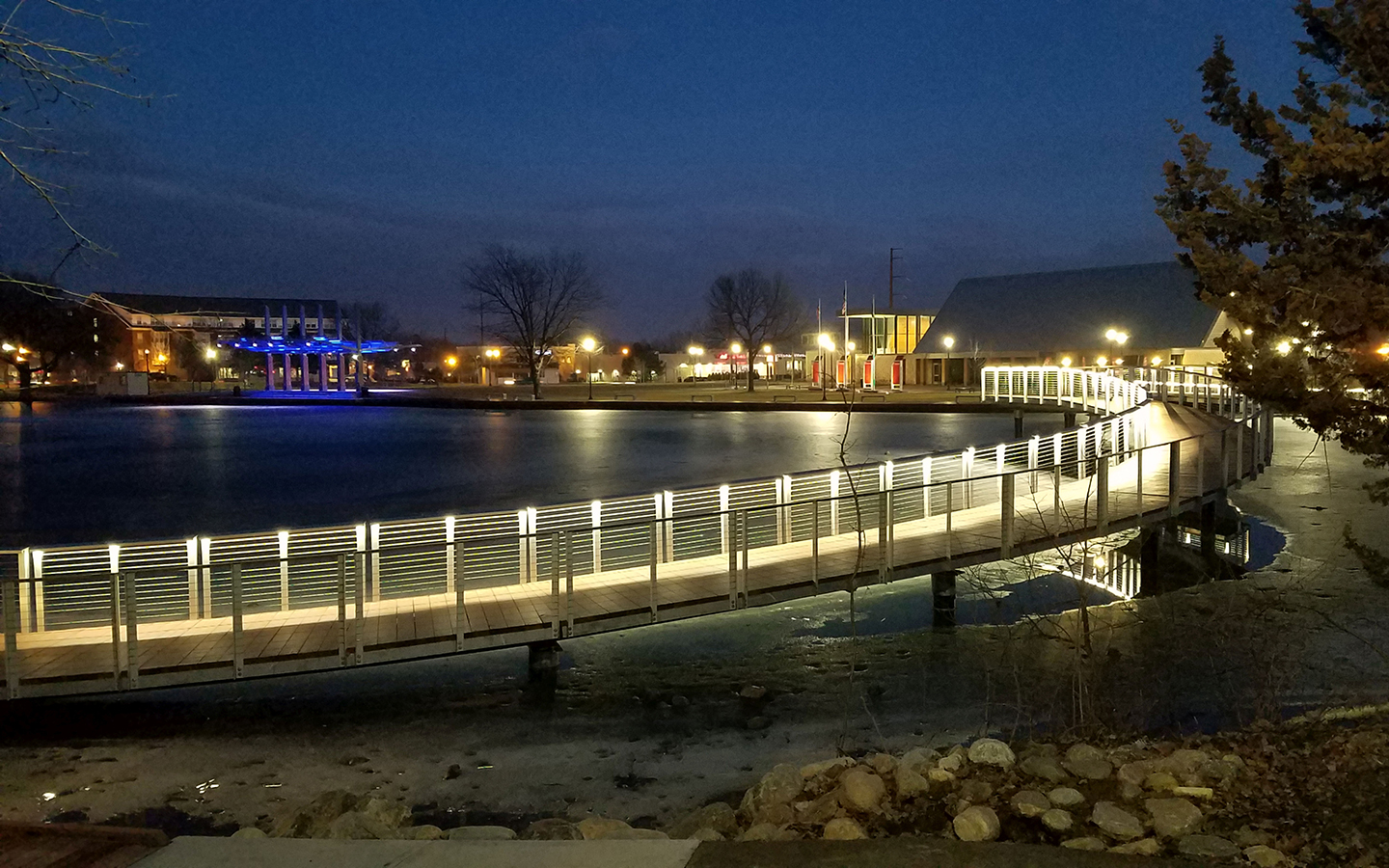 2-Mechanical 3-Electrical Betram Contact Station Chaska Firemen's Park Furniture and Things Hopkins Pavilion
We use cookies on our website to give you the most relevant experience by remembering your preferences and repeat visits. By clicking “Accept All”, you consent to the use of ALL the cookies. However, you may visit "Cookie Settings" to provide a controlled consent.
Cookie SettingsAccept All
Manage consent