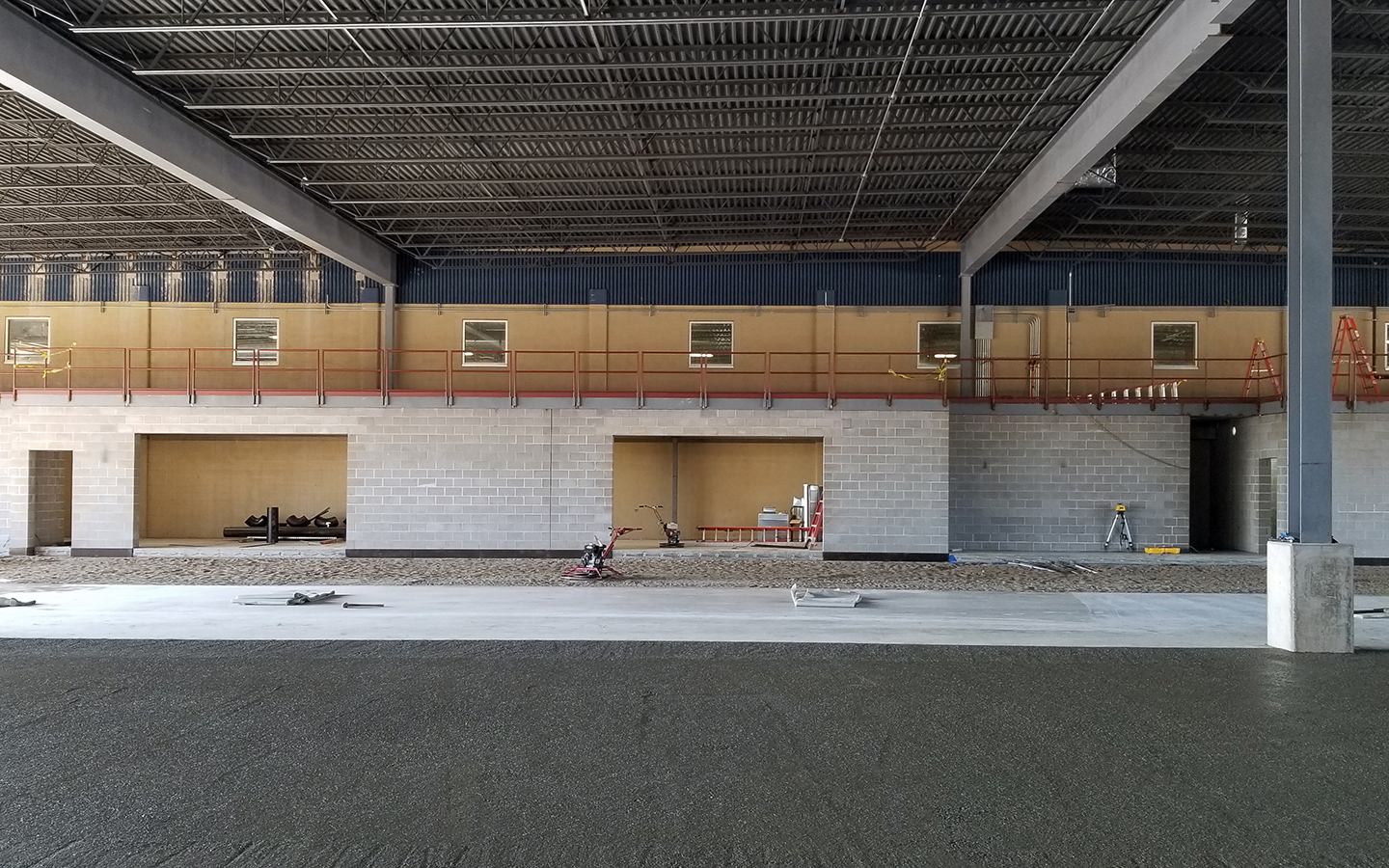 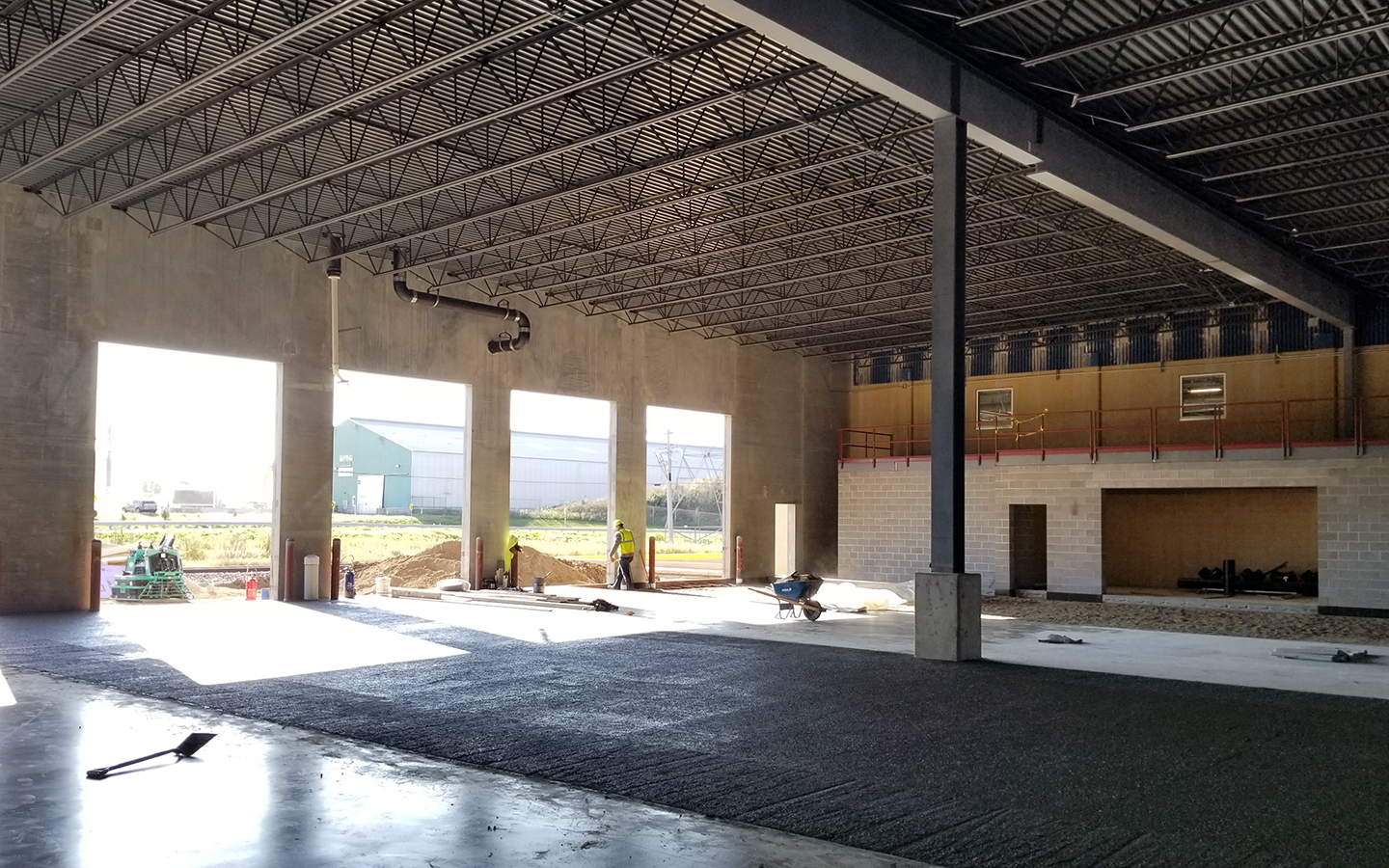 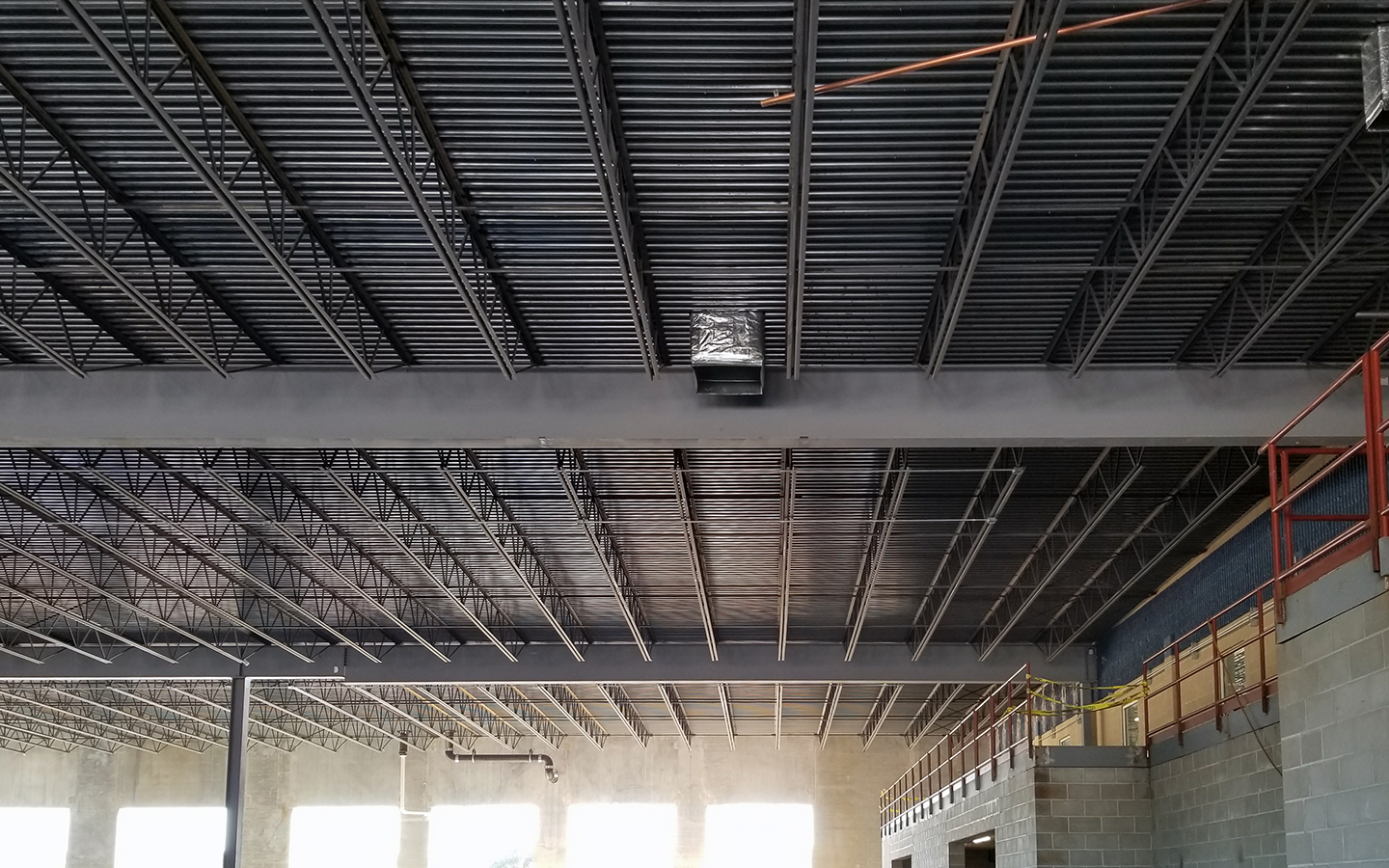 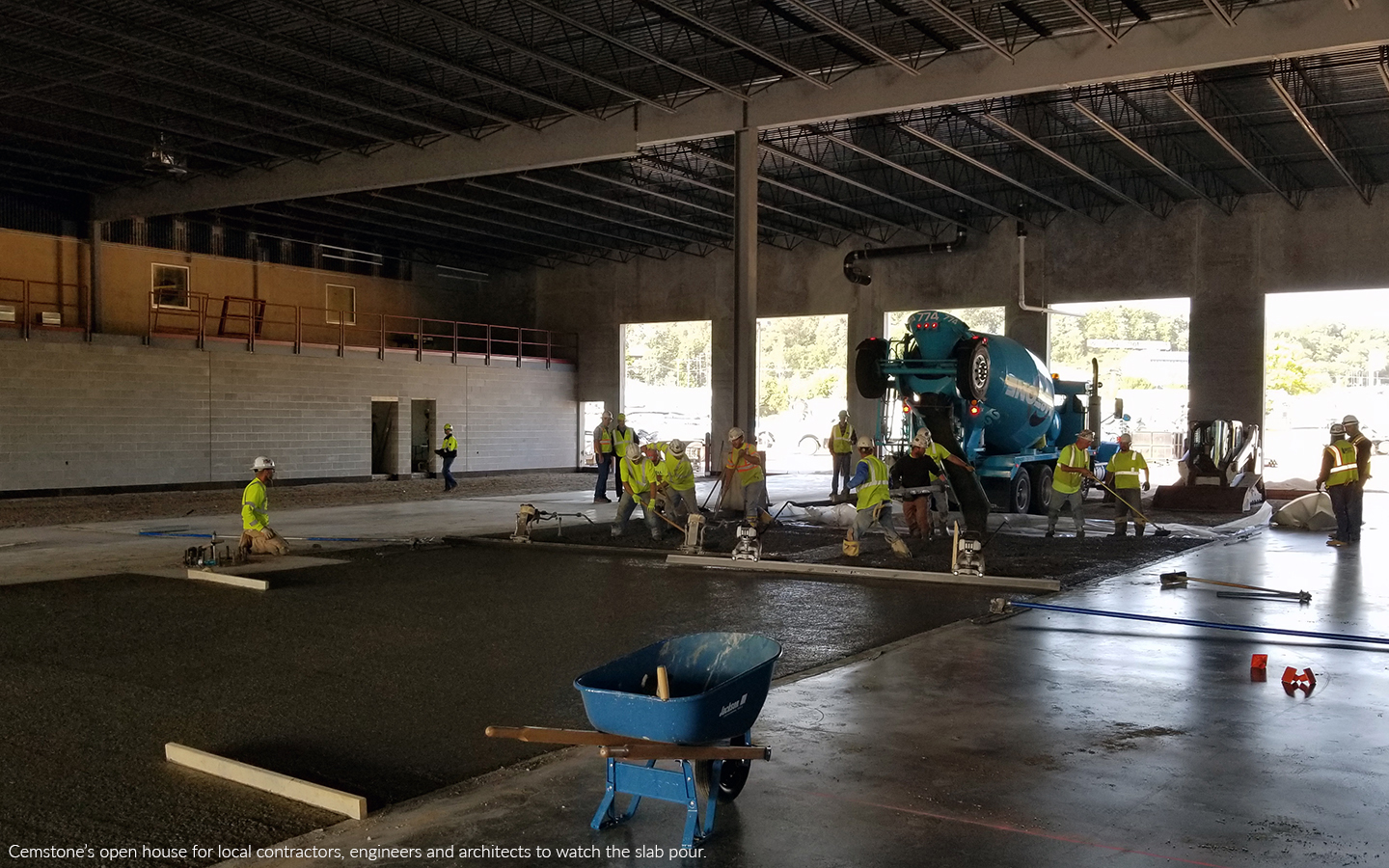 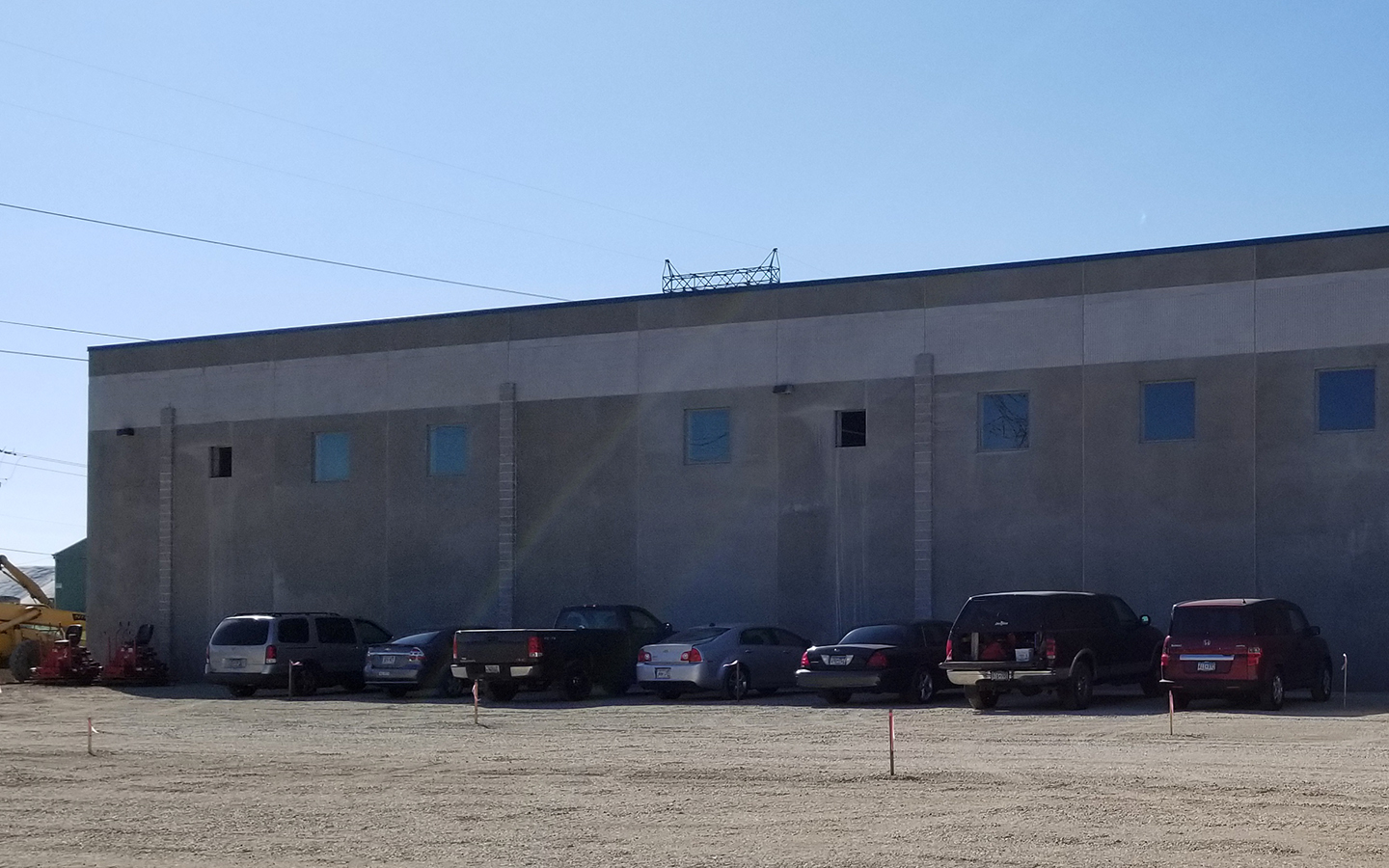 Three years after completing a remodel at Cemstone’s Central Maintenance Facility, Nelson-Rudie was hired to provide structural design services on the new $3.0 million Pumper Truck Parking Garage Addition. The addition consisted of a 22,758-square foot, one-story maintenance truck storage building and a 1,315-square foot second floor mezzanine along the north side of the existing building addition.

The shell of the building was constructed with standard spread footings, precast concrete wall panels, steel columns, beams and bar joists along with a metal roof deck. Special consideration was taken in the foundation system where the new and existing buildings meet. Cantilevered grade beams coupled with spread footing pads allowed columns to located next to the existing building wall to maximize the floor layout. Several new openings were cut into the existing masonry wall linking the buildings. The interior mezzanine was built with precast plank supported by masonry bearing walls on spread footings.

This is not only a storage facility but also a test site for Cemstone’s new product called “Latitude” which enables a slab on grade to span much further than normal between joints without cracking. We helped facilitate the use of this product by extending the spans of the steel beams and bar joists which reduced the number of columns and increased the floor bay sizes. Increasing the bay sizes and expanding the distance between joints is beneficial to a building owner because it extends the life of the slab and reduces maintenance fees. 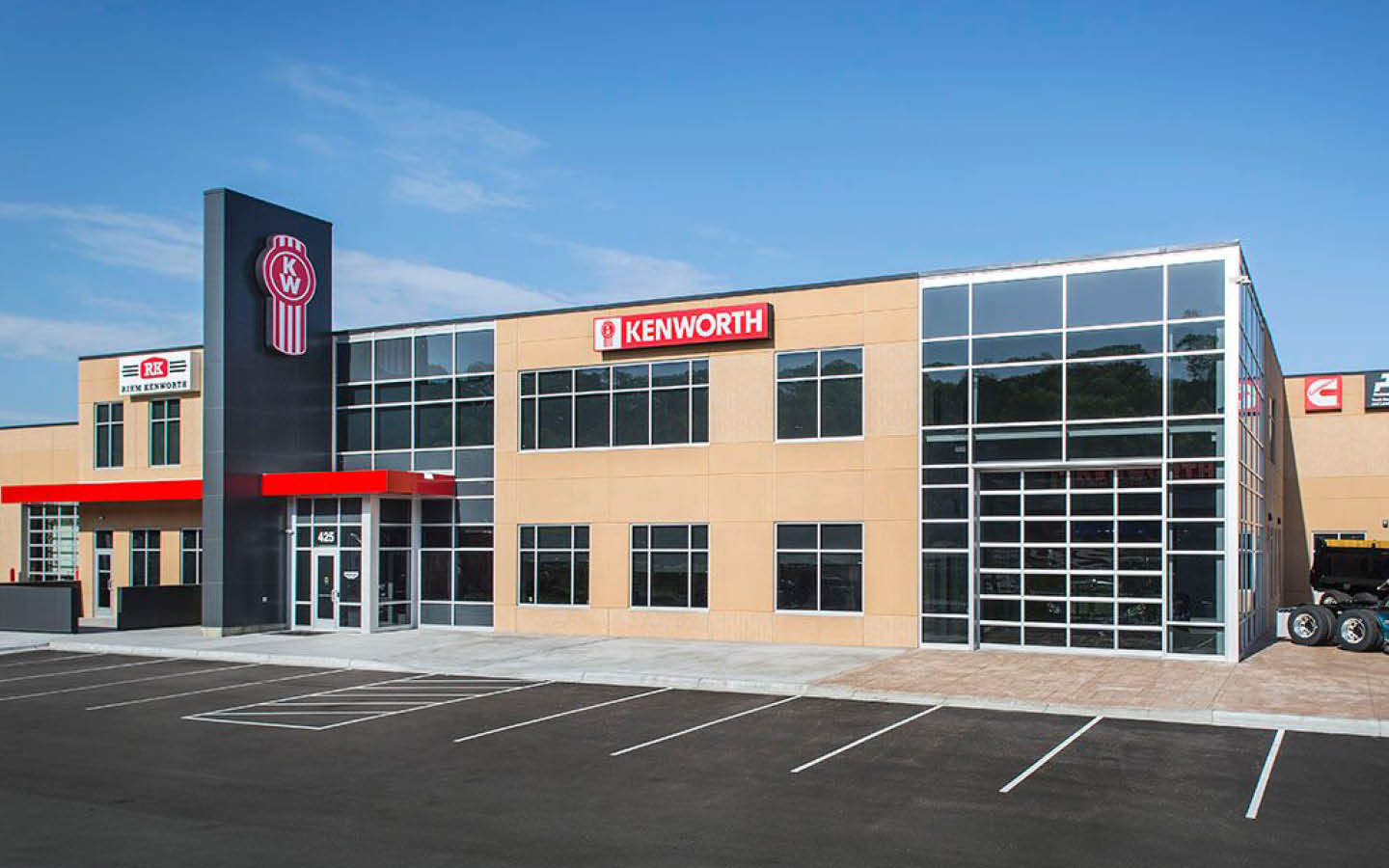 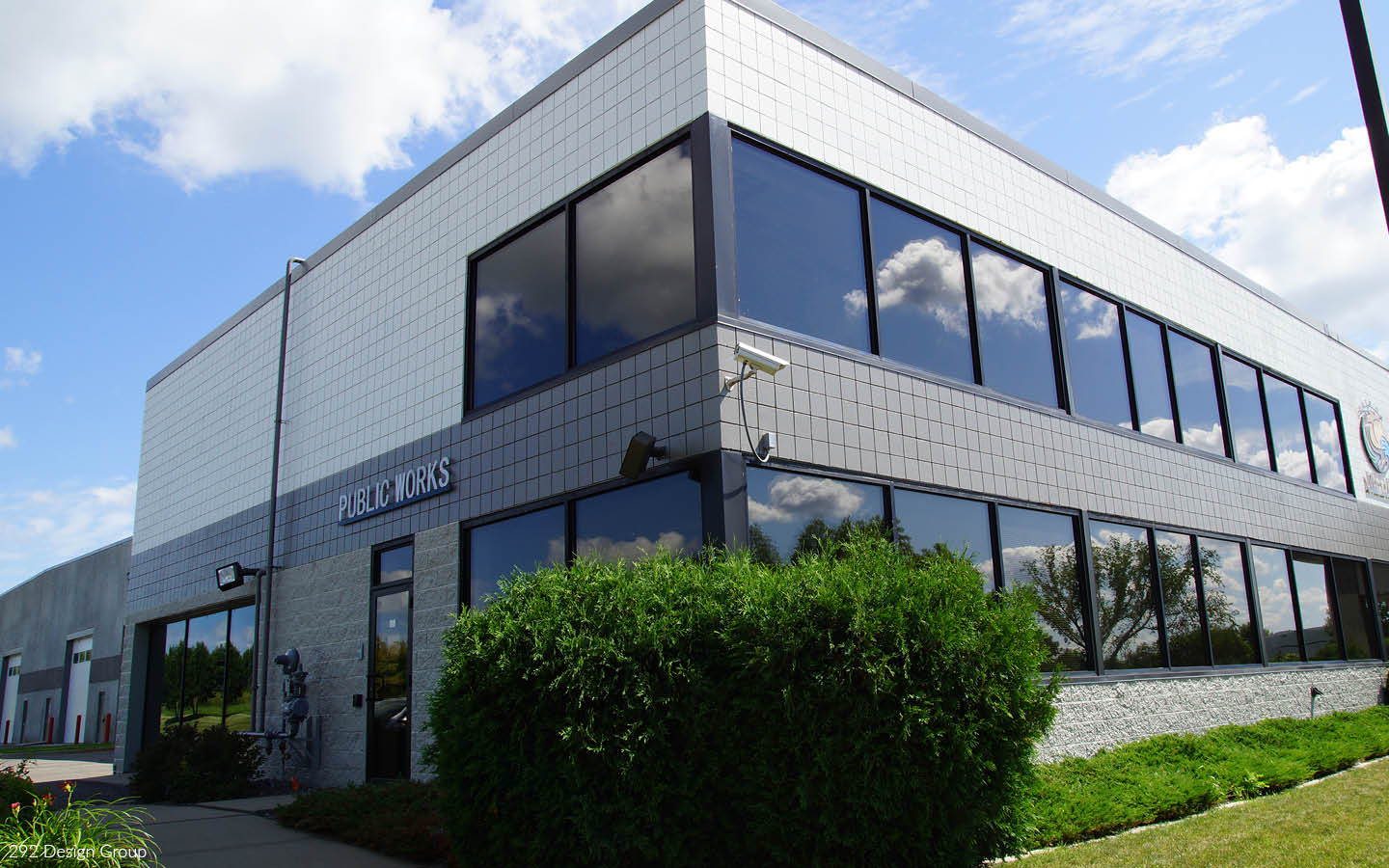 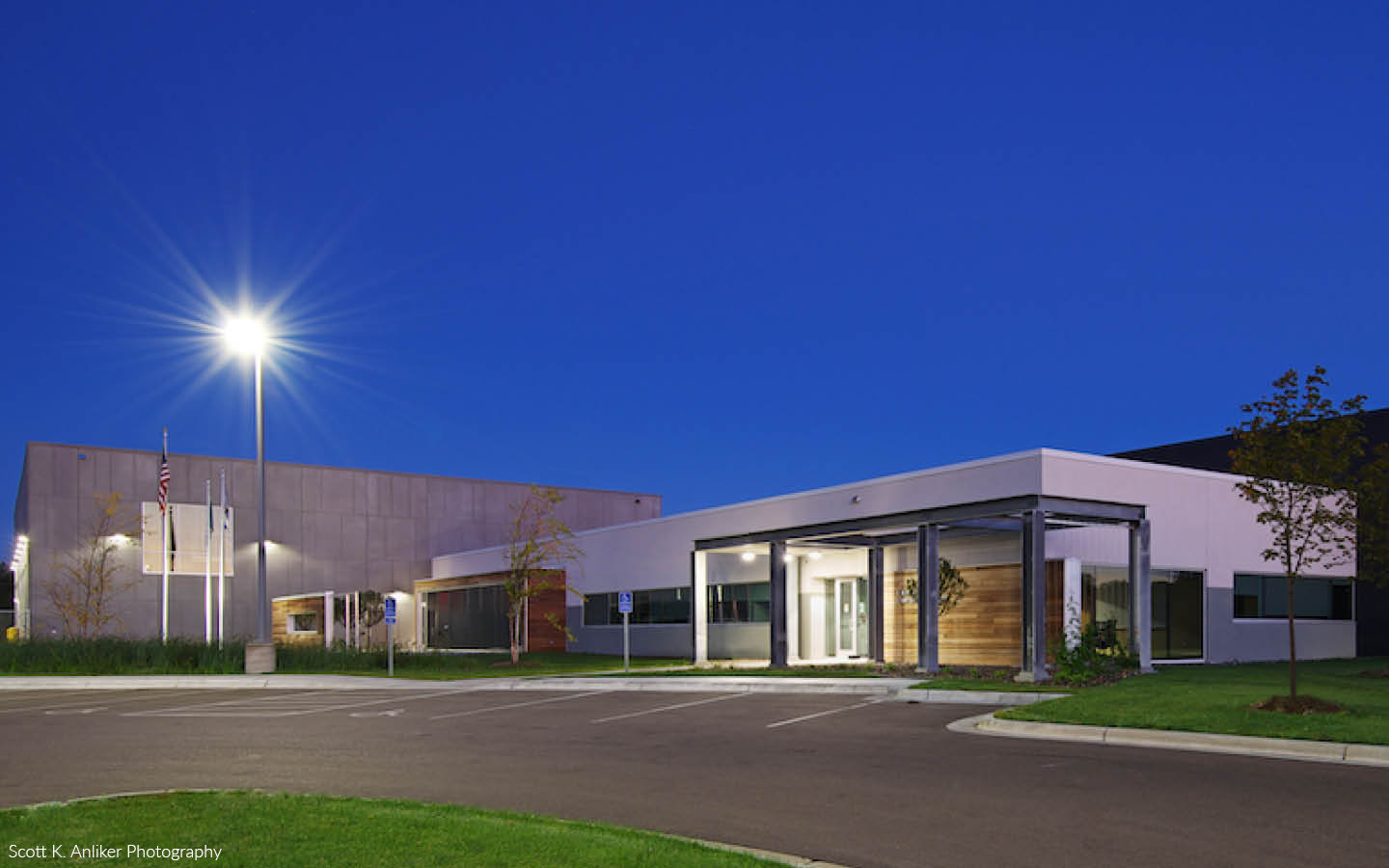 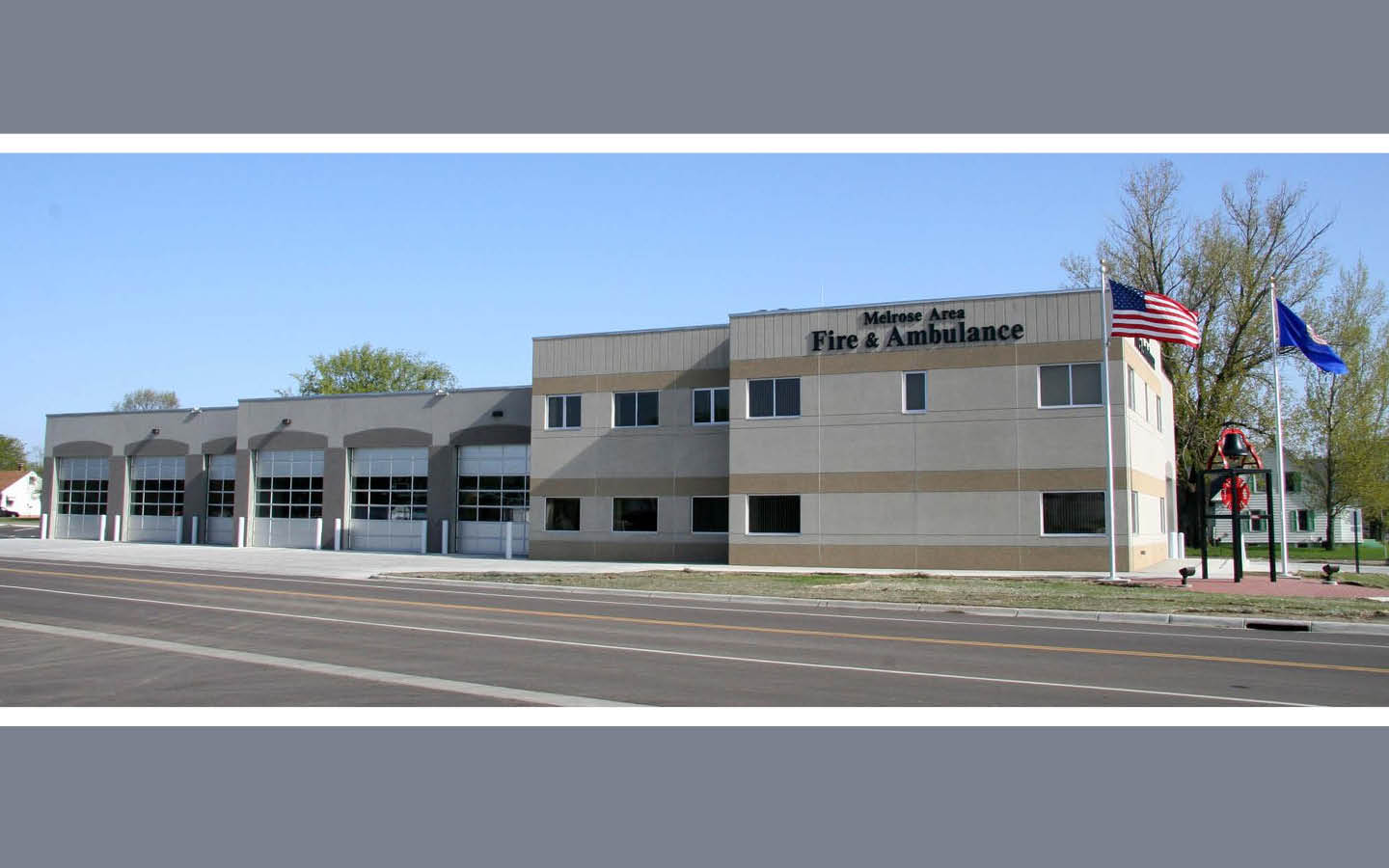 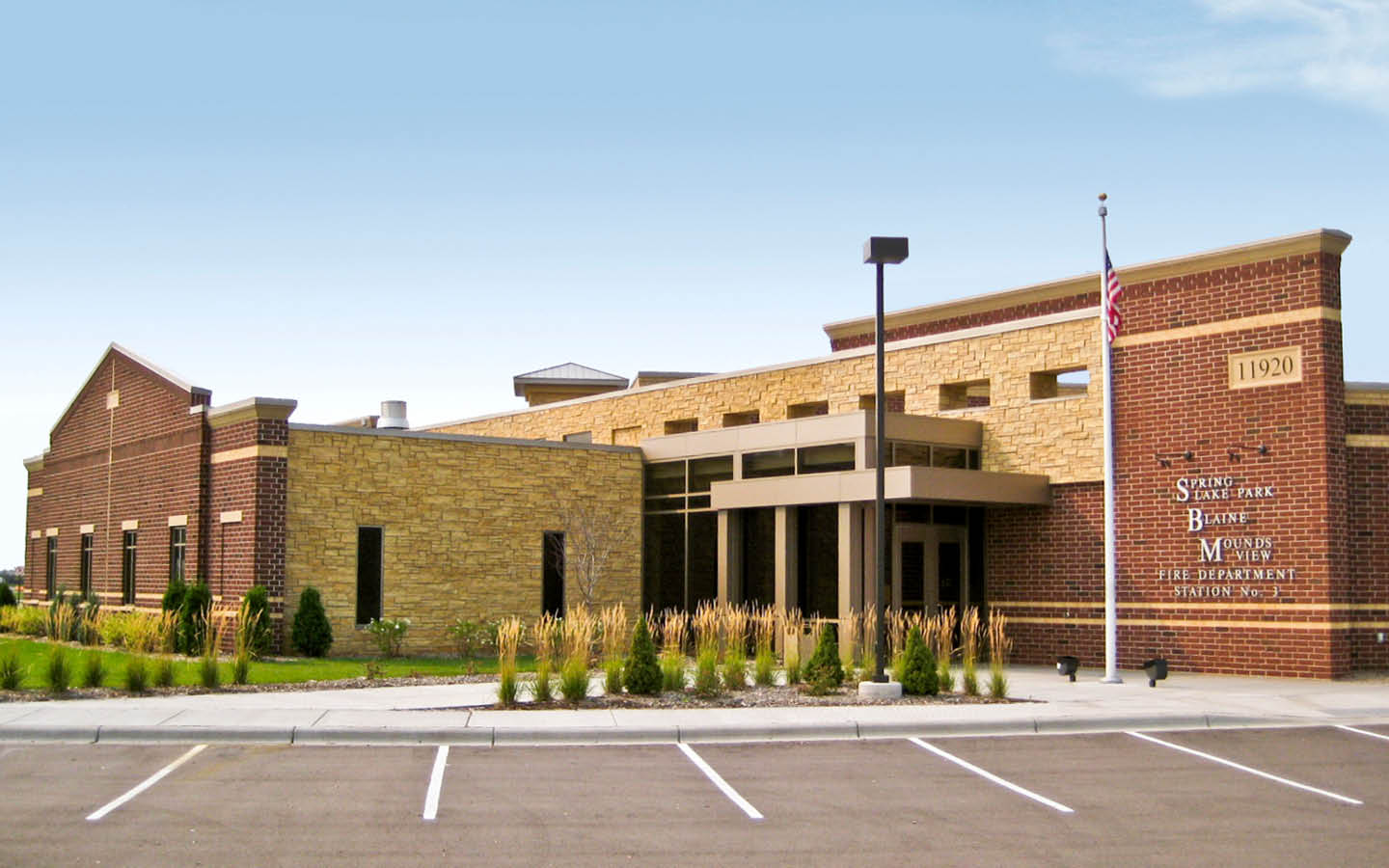 1-Structural Elk River Public Works Medina Police/Public Works Melrose Fire Rihm Kenworth SBM Fire
We use cookies on our website to give you the most relevant experience by remembering your preferences and repeat visits. By clicking “Accept All”, you consent to the use of ALL the cookies. However, you may visit "Cookie Settings" to provide a controlled consent.
Cookie SettingsAccept All
Manage consent