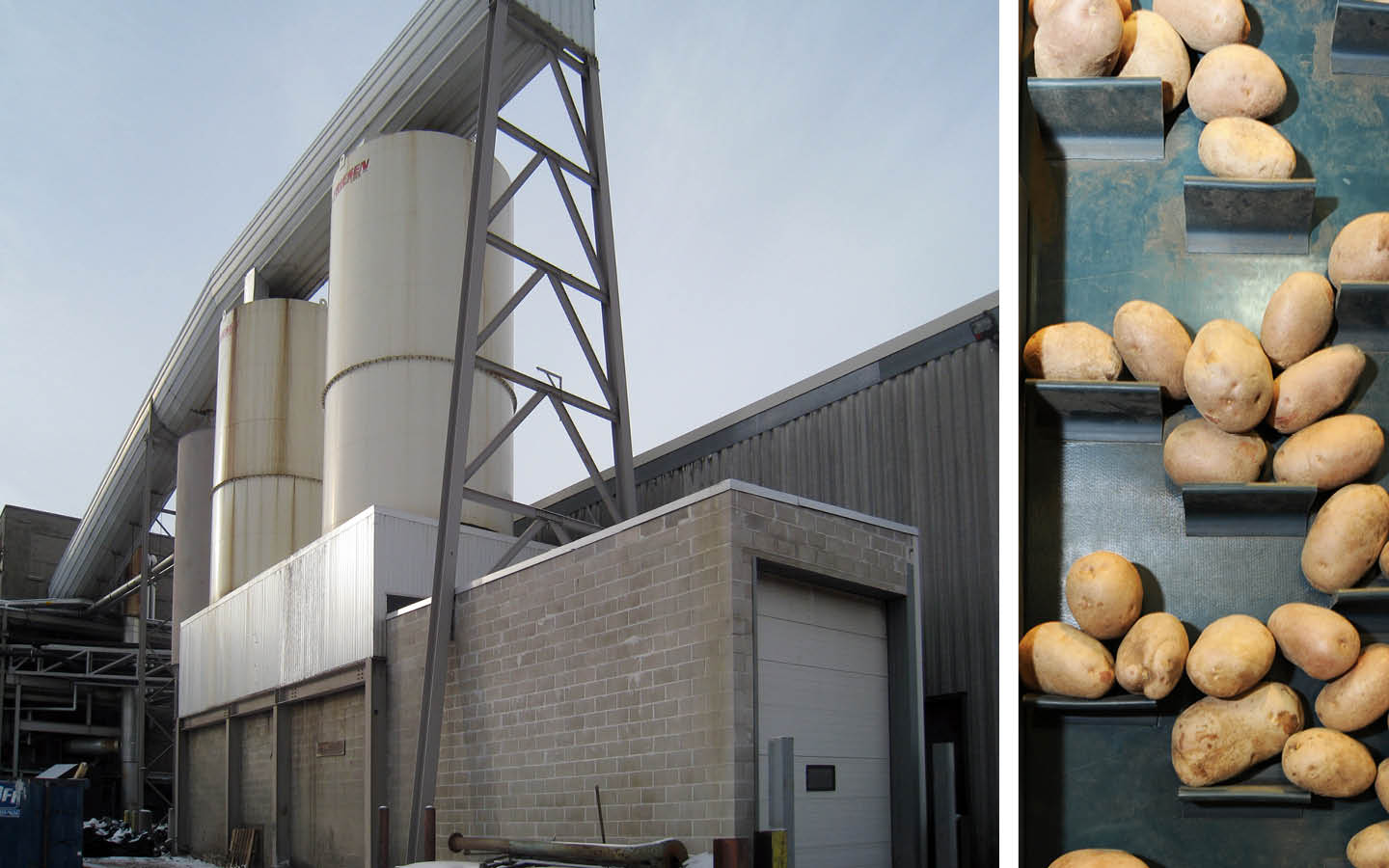 Northern Star Co. is a food processor and a division of Michael Foods Inc. Since 2005, Nelson-Rudie has provided structural and mechanical design services on multiple projects at their Minneapolis, Chaska and Gaylord facilities including existing structural building framing investigations as well as remodeling and various additions to their buildings.

At the Minneapolis facility, one project enclosed the entire existing 12,000-square foot steel building with a precast building envelope and roof system while the facility was still in operation. The new precast system consisted of long span precast double tees and 12-inch insulated precast wall panels that were 31-feet tall. This allowed the double tees to be built high enough above the existing building so that it could be disassembled in a well-scheduled operation that would minimize the amount of actual down time of the existing plant. The existing steel building had severe rusting because of the moist air conditions from the operations of the potato processing plant. With the use of the long span precast double tees and the precast wall panels, the loads to the exterior wall panels were too high for the existing soil bearing capacities so soil corrections were required. These were accomplished by using rammed aggregate piers, also known as geo-piers, so that spread wall footings could be used. Our company provided structural and mechanical design services on this project.

At the Chaska facility, a project consisted of a remodel of an existing 230,000-square foot office and warehouse building built in 1994 and converting it into a food processing plant for potatoes. Our company provided structural and mechanical design services for the new additions to the existing building that included a new 6,500-square foot waste process room, a 4,400-square foot spiral chiller room and a 3,500-square foot engine room.

At the Gaylord facility, our mechanical team remodeled an existing 32,599-square foot building and converted it into an egg processing facility. This remodel included major portions of existing concrete slab on grade removal for the installation of a new underfloor process sewer piping system with stainless steel floor drains. New additions included a 2,700-square foot mezzanine, a 4,000-square foot shipping and receiving area and a 1,350-square foot compactor room.

1-Structural 2-Mechanical
We use cookies on our website to give you the most relevant experience by remembering your preferences and repeat visits. By clicking “Accept All”, you consent to the use of ALL the cookies. However, you may visit "Cookie Settings" to provide a controlled consent.
Cookie SettingsAccept All
Manage consent